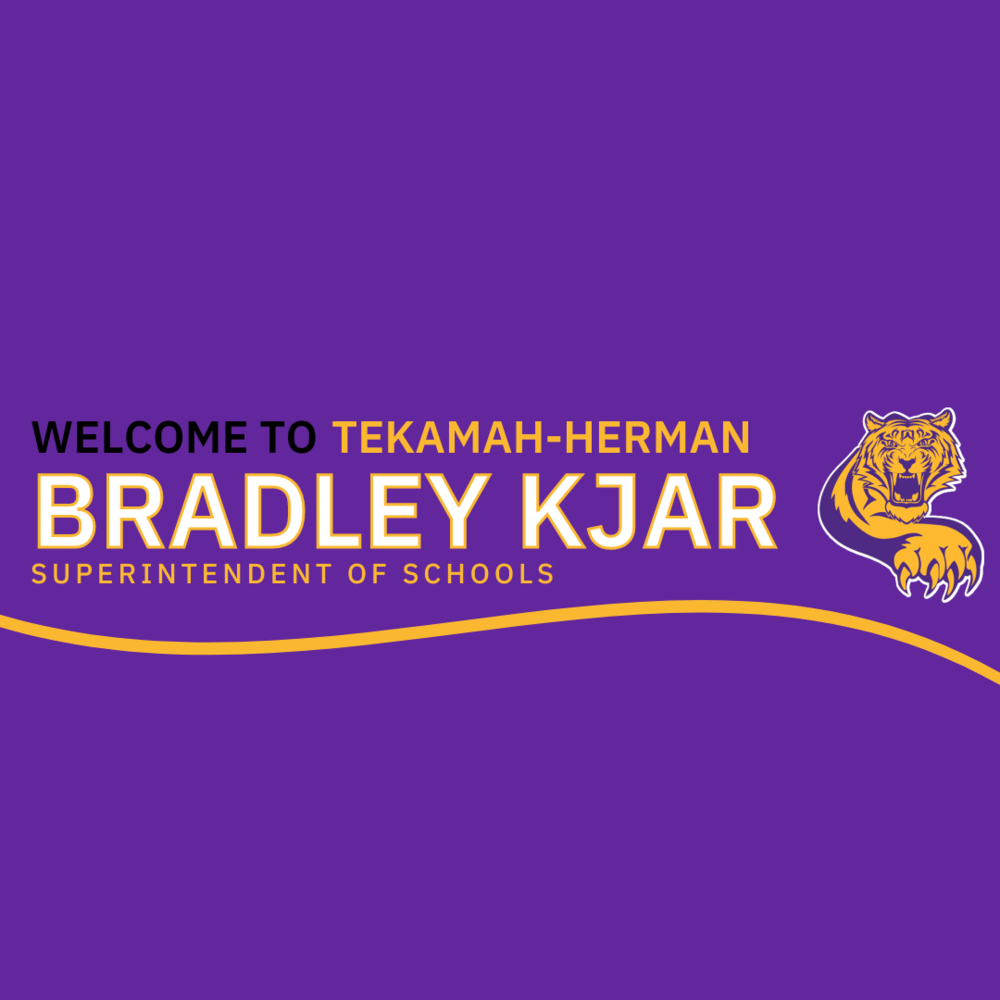 Tekamah-Herman School Board Approves Next Superintendent

Tekamah-Herman Schools is pleased to welcome Mr. Bradley Kjar as the District’s next Superintendent of Schools.

Kjar is currently in his second year as the Superintendent of Ravenna Public Schools. Prior to being Superintendent, he served at the district for five years as the Secondary Principal. He has a combined total of 21 years in education. Throughout his career, he has served as Superintendent, Principal, Teacher, Activities Director, Department Head, Head Football Coach, Head Wrestling Coach, and Assistant Track Coach.

Upon joining the Tekamah-Herman School District, Mr. Kjar plans to build strong relationships and maintain traditions while leading the district in academic, facility, and social growth. He is eager to work hard to continue to impact the students, staff, and community of Tekamah-Herman Schools in a positive way.

Kjar comes to Tekamah-Herman with his wife, Heidi, and their three children: Kaleb (13), Cooper (11), and Ruby (7). They are looking forward to becoming an active part of Tekamah-Herman Schools and the community.

In addition to his extensive experience in education, Kjar and his wife have been actively involved in their communities. Some of their commitments include: member of the Lion's Club, served on the economic development board and City of Ravenna Park board, board member on the local Chamber of Commerce, volunteer youth coaches, and members of the Ravenna Public Schools Foundation board. They are committed to being active and visible in the communities in which they live.