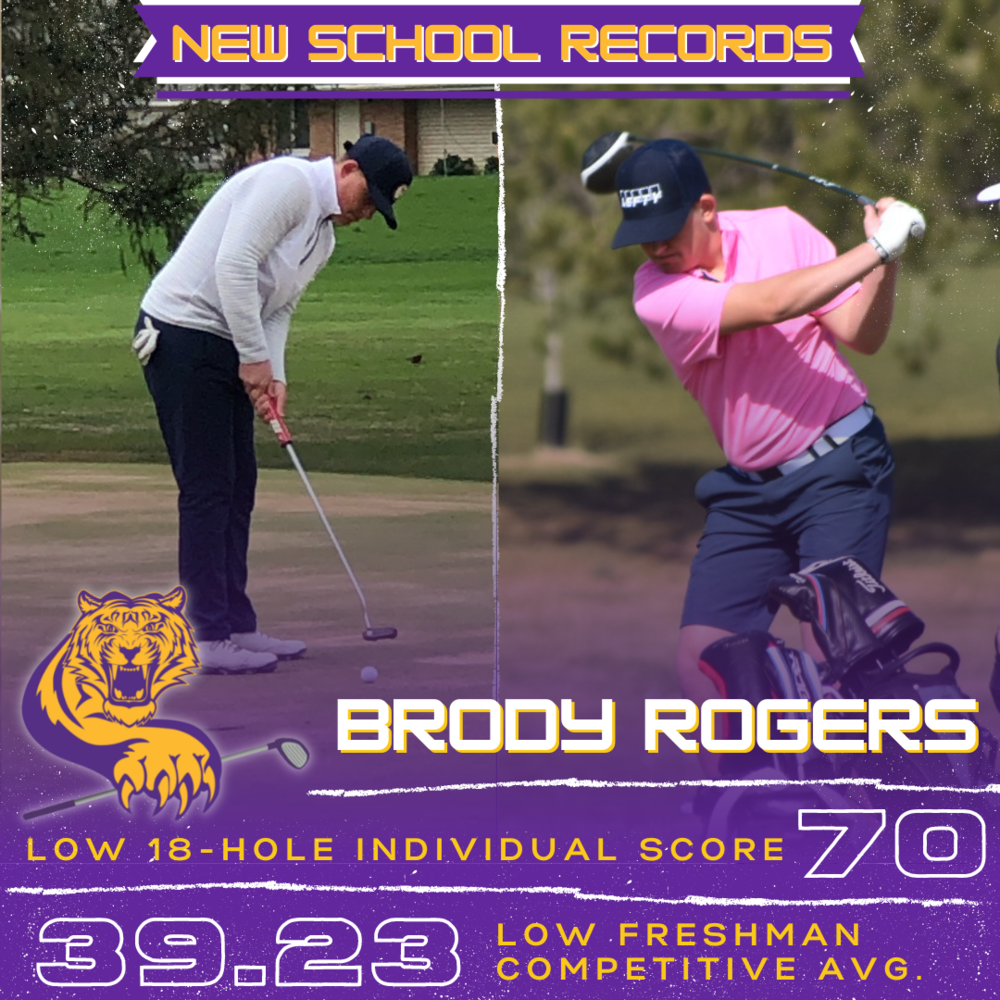 Congratulations to Brody Rogers on his record setting freshman golf season. Brody placed in the top ten golfers at all 12 regular season meets, including SIX 1st place finishes. In addition, the East Husker Conference champion placed 5th at districts making him the first individual state qualifier since 2016 and the second freshmen in school history to individually qualify for the NSAA Boys Golf State Championships.

Another major highlight of Brody’s freshman season was his play at the Logan View Invitational in Hooper on May 3, 2022. Brody shot a low 18-hole score of 70, tying the school record. The individual 18-hole score record is now a three-way tie at 70 between Brody Rogers, Derek Haber (2015), and Preston Walford (2013).

Brody has also set a school record for the freshmen low competitive average at 39.23. He currently holds the second lowest yearly average in Tiger golf history. In addition, Brody played a major role in his team’s effort to break the 18-hole team score school record with a total score of 296.

Congratulations to Brody on an incredible freshman season. The three-sport athlete does a great job leading and representing Tekamah-Herman on the field, court, and at the links. We are excited to see what the next few years has in store for him. Well done, Brody!