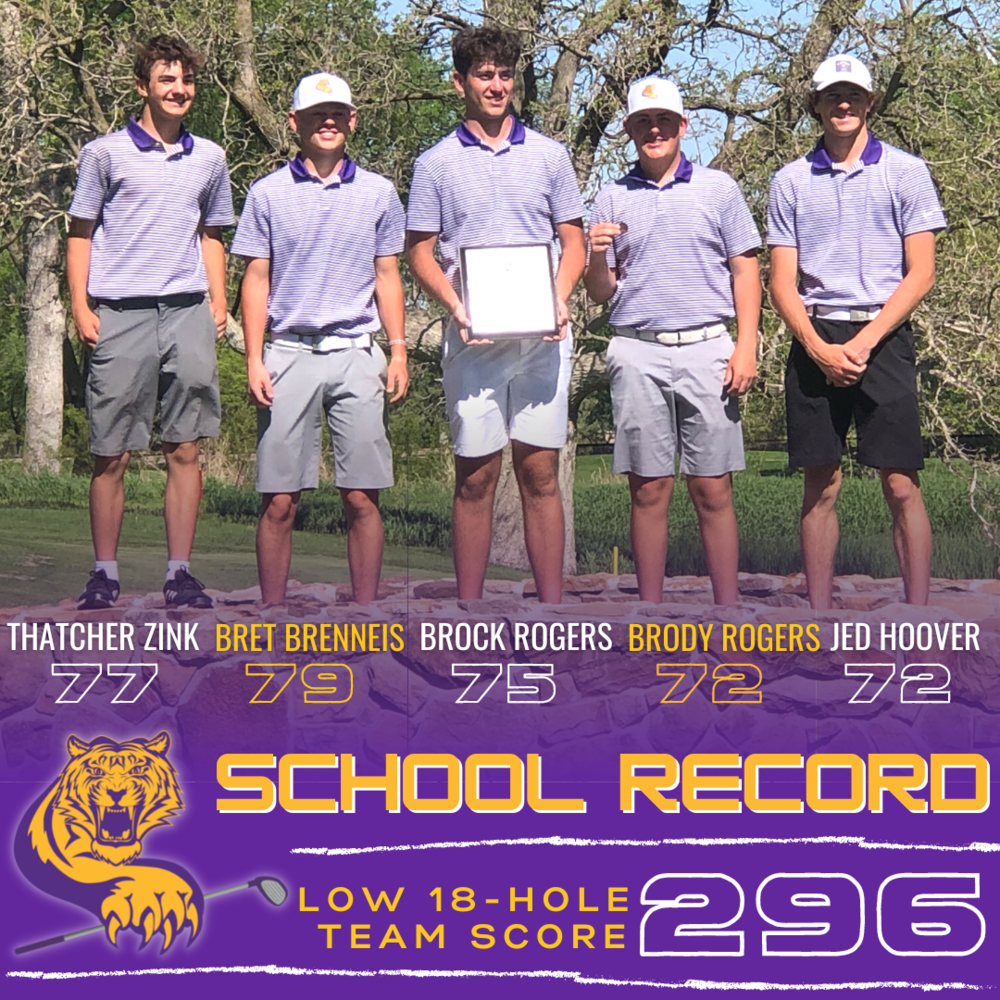 Congratulations to the Tekamah-Herman Boys Golf Team for breaking the school record for the low 18-hole team tournament score at the North Bend Invitational on April 27, 2022.  The 18-hole tournament score is determined by the four lowest scores on the team. The previous record was a 310 set in 2010. The Tigers shot a 296, breaking the previous school record by 14 strokes! All five members of the squad were within seven strokes of each other, with all scores being in the 70’s. Senior Jed Hoover and freshman Brody Rogers each shot a 72, senior Brock Rogers shot a 75, junior Thatcher Zink shot a 77, and junior Bret Brenneis shot a 79.

In addition to breaking a school record, the Tigers finished 1st place at ten of their twelve regular season meets, including a 1st place team finish at the East Husker Conference Meet. The Tigers finished 2nd at districts, earning them their first trip to the state golf meet as a team since 2011.

The team battled through tough weather conditions at state and finished 3rd of 15 teams. Congratulations to senior Brock Rogers as he was the lone Tiger to bring home an individual medal with his 14th place finish. Congratulations Tigers on a very impressive season.